Superman Fan Has Plastic Surgery To Look Like Superman

DRESS maker Herbert Chavez has transformed himself from scrawny to superman – thanks to 13 surgeries to make him look like the comic book hero. The 35-year-old from Calamba City, Phillipines, has had nose jobs, skin whitening, lip liposuction, jaw realignment, pec implants and even bum implants to become a real-life Clarke Kent. Herbert first fell in love with the super hero – famed for his red cape and ‘S’ logo – when he was five-years-old while watching him on TV. Over the past 30-years he has splashed around 300,000 Pesos (£4,400) on his obsession – the average hourly wage in the Phillipines is a meagre 90p. Herbert regularly takes to the streets around his home dressed in full Superman costume, with his hair gelled in distinctive fashion. He aims to teach kids good morals while also brightening their days. Herbert also owns the world’s largest collection of Superman memorabilia totalling 5,000 pieces – including three life-size Superman statues. 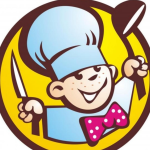